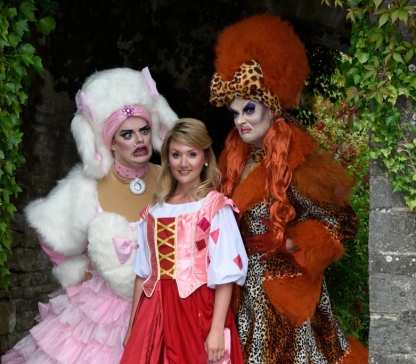 Well it has been a while. Mainly because I have been in hospital for an op which has put me out of the loop for a while. But well on the way to recovery and back to training soon (I hope) and back to being out there with cameras again.

Just before op I had the pleasure of shooting the Press release of this years Wyvern Theatre Panto which is Cinderella. Prince Charming is being played by Ryan Thomas who until recently was Jason Grimshaw in Coronation Street. The lovely Cinderella is played by Victoria Farley. The pretty or ugly sisters Brenda and Betty are being played by David Ashley and Louie Westwood. It was so much fun and there were times when I couldn’t photograph the ugly sisters they were just so funny I had tears in my eyes and this was only the press shoot. The Panto is just going to be hilarious. For anybody who loves Panto and I do, it is a must see.